My name is Lester Janssen, I am a framebuilder from Amsterdam. 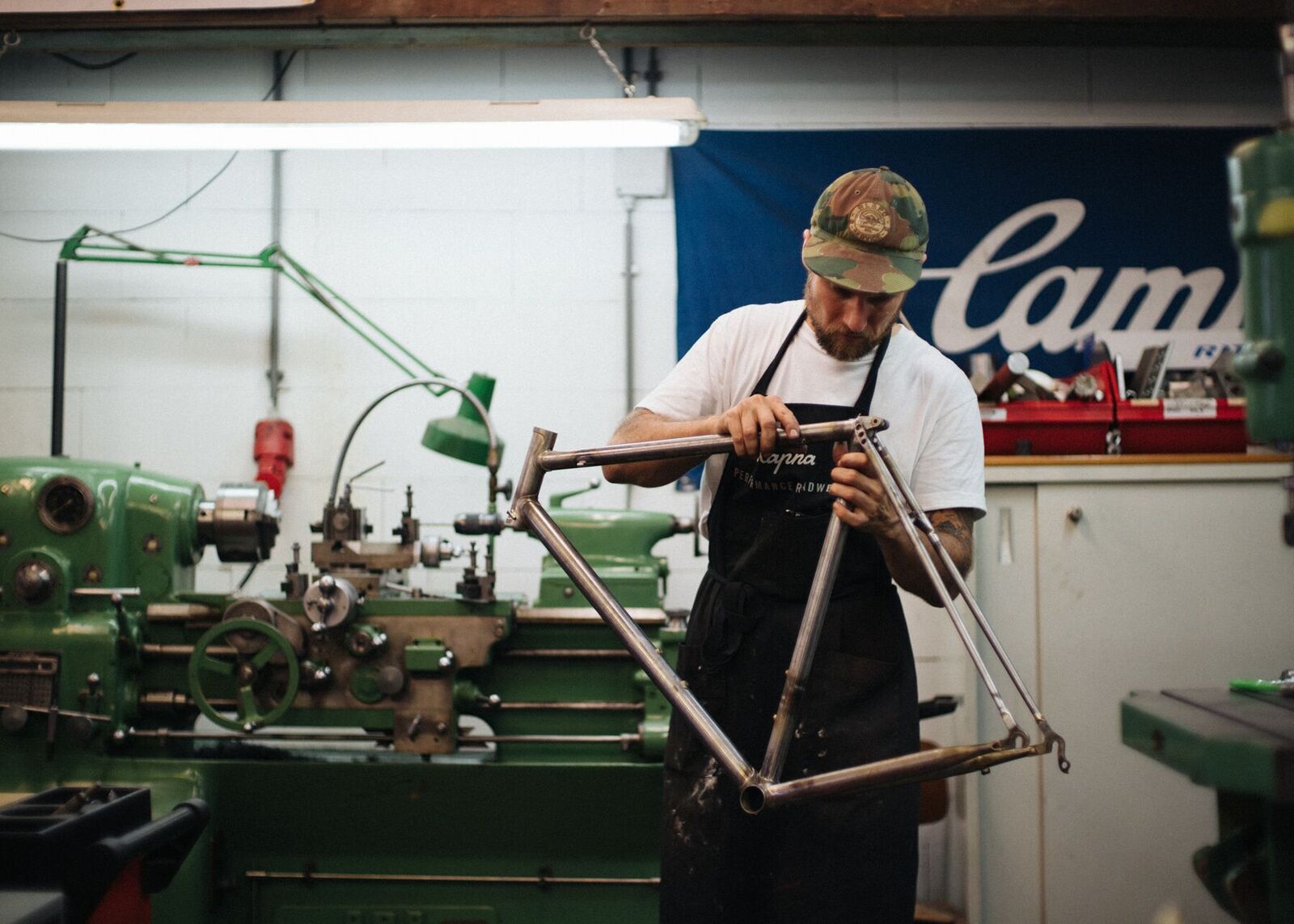 After years working as a bikemessenger, repairing friends’ and colleagues’ bikes, I got more and more interested in frames and their builders. Amsterdam has a rich history of framebuilders but I found only one of them still in business: RIH Sport, on Westerstraat 150. Since 1921, RIH dominated Dutch competition cycling. Their trade was passed on from generation to generation.

I got to know mr Van der Kaaij and started my apprenticeship in 2008. Lacing wheels, doing repairs and looking over his shoulder when he was building frames. Every friday I had the torch in my hand and I soon started building children’s frames for the Amsterdam velodrome.

After Mr Van der Kaaij passed away in 2014, I worked with the legendary Peter Serier of Presto, Peka and Giant (Taiwan). A bicycle genius, one of the best framebuilders Amsterdam has known. Serier taught me a lot about his vision. His method was to keep things simple but still elegant. No nonsense. Originally schooled as a toolmaker, Peter shared his beautiful tools, some of which I still use on a daily basis.

Since summer 2016 I work from my own shop in the port of Amsterdam. It’s in the old Veem building, used for storing cargo before it went through customs. Nowadays the old harbour is filled with houseboats and the building has studios for artists and craftsmen. But when I look out my window I can still see the big ships passing by. I use them as inspiration for my bikes. I love their worn colors, flags, ropes and names.

The bikes I make are all one-offs. Tailored for my customers and built to their specific wishes. Trying to fullfill their cycling dreams.